Things Changed:
-Story
-Changed position of items to allow a different way through the game (e.g. get power bombs first instead of missiles to allow you to go left near the morph ball location)
-Some map changes to allow access to areas without certain items (e.g. blocks in red corridor of brinstar, so you can get back up without ice beam)
-Suit Colours
-Strength of bosses (to incorporate the order of bosses)

Known Bugs:
-Suit will change if in a heat room in norfair and when charging up from a save point.
-Power bombs left of morphing ball and missile up in first space pirate room back in crateria are unobtainable until later in the game as event has not been triggered as the event triggers when you pick up missiles and not power bombs which is the first item in this game. 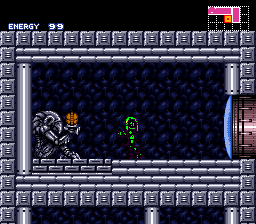 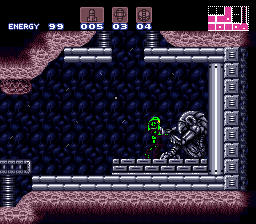 )
No completion stats.
Read More
Meh, nothing really worth talking about with this hack. It was still kinda fun recording.
By Aran;Jaeger on Dec 08, 2016 (

)
No completion stats.
Read More
I like the name.