Description
This is my new hack, it I try to do something different, in time to get the items and paths;
This hack also tends to explore much to acquire missiles and almost all items are changed to place the order of the chiefs also changes Kraid > Phantom > Ridley > Draygon.
It is not necessary to use save states.
Some items (missiles, power bombs) are well hidden to hinder the completion of the game 100%.
Necessary: MockBall, Bomb Jump, Wall Jump, Heat Run, Spike Jumping. 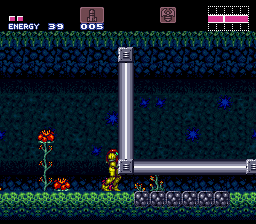 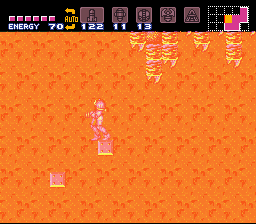 )
74% in 3:01
Read More
All of crimsonsunbird's hacks are total 1-star garbage.
This one is no exception.
It features:
Unhinted crumble grapple blocks needed for progress!
Rearranged items!
Bad tiling!
60 damage spikes (some invisible ones)!
Stupid progression!
The worst Ridley room I've ever seen in any hack, ever!
A big maze before Draygon!
Gray doors that actually aren't real!
Items that require OOB to get to!
Major items that are not hinted at, at all!
Tourian doors that warp you to different areas of the entire map!
Items in Tourian!
Seriously, I had to look up how to get Gravity Suit and Speed Booster. Speed is in a spot you'd never find w/o Spazer...or in general ever. After Ridley I was in a rush to complete the game as quickly as I could so I didn't have to suffer for much longer.
I do NOT recommend this or any other of crimsonsunbird's hacks.