Description
Similar to SM Patience, a longer version to get items in a path covering all areas of Zebes. 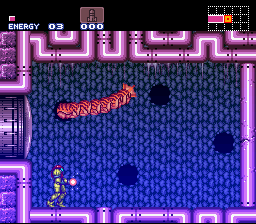 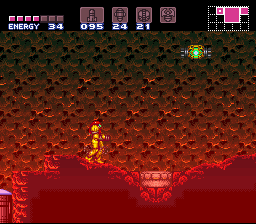 )
No completion stats.
Read More
It's what you'd expect from someone that made approximately 8 hacks in a single year.
By FullOfFail on Apr 23, 2015 (

)
No completion stats.
Read More
Samus should make her way to the dangerous UnderWorld. She must break through strong enemies and sometimes avoid everything to survive. The journey lead Samus to the deepest point of Zebes to simply get a chance to upgrade her suit...

First, I liked everything you did. Interesting route, no permastucks etc. But then some mistakes were re-appearing. Static spikes and slope placing, for example. Just in 2 rooms I saw. Not big, but this should be fixed. Then, you made new mistakes. For example, you removed item X from room Y completly. Then the map shouldn't display the dot in that sector like the item is still there.

Problem is not that you're making some mistakes. Everyone does.
Problem is that you "will not do that next time" or "fix it later" (without fixing, of course).

In general, yes, it's better than your previous works.

As for that hack... You've used space at $7B4B5 "because random" or acidently for scroll array of the room $7B585. Of course, it was corrupted the room $7B4AD, so you just throw that room out without even trying to fix it. It takes 2 minutes for me to detect it. Although, you could download hex editor, open your hack in it and see that there are A LOT of space for Scrolls in Bank $8F. Of course, if you're playing with vanilla.