Degree of difficulty and (possible and convenient)
Kick Crime rounding dash quick boost
Some need bomb jump quick boost ? You can not reference because pose map not making 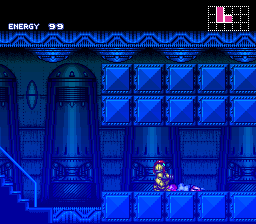 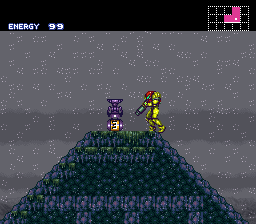 )
98% in 3:10
Read More
I went into this expecting a decent hack, but my expectations were crushed.
Spikes are put in so many places, and almost every single one of them are full damage. Early game is an absolute nightmare with no e-tanks as you have to maneuver through gauntlet and beyond (with heavily buffed enemies)basically without taking a single hit. It's real hard.
A very bad part of this hack is the treadmills. Most of them are totally invisible and will push you off the edge of a platform into a 60 damage spike. They're EVERYWHERE.
Progression is normal but so many locations are blocked off early + item locations in rooms are altered really oddly.
Bosses are buffed a lot and do much more damage + have much more health than they did before. They are now actual challenges, somewhat.
As seen in the second screenshot, there are tiling errors EVERYWHERE. The entire place is a pain to look at and you can see how little care went into making it look nice. Because it doesn't.
In short, this is kind of a spike-bath challenge hack with not much to offer. Do not recommend.