Description
Translated by Google from catnap222's site with some fixes: Layout: Remodeling the original map. Terrain is changed for very well.
Degree of difficulty: A lot of nasty needles and self-destruction blocks.
Search difficulty: Come and go is greater. Scene to be sent in surprising places also.
Search-degree-of-freedom: To running about in confusion a wide range, but the degree of freedom is little.
The pleasure: Although enjoyable in its own way, still needle and self-destruction block is frustrating.

Hack that has been published in the Christmas of 2005.

Item flow chart has been changed significantly, I have come to search every corner a vast map. Half fairly high degree of perfection as a Hack. However, a lot of needles and self-destruct blocks. You can receive a mysterious damage, with or dropped without any notice. Since it is the unreasonable killed the way, during the play I pretty frustrating. Fortunately savepoint large, or there is no problem if you have to save small beans.
Boss battles are pretty tough. Especially Ridley, it can not win and unless you provide a significant Enetan. I have exhibited the appearance of luck game slightly.

Elecrometer Prime's review:
Difficulty
In a few cases you will be required to wall-jump. Probably nowhere that will have your life on the line, but you will still need to. I seriously hope you can o_o The flow of difficulty is a bit erratic. I tried to make many of the energy tanks in slightly obvious places and didn't make them all to hard to get. Nothing is impossible either. If you are in an area what just seems way to hard to beat, YOU are doing something wrong, or you might be missing something. This is assuming it's seemingly impossible, if it's just really hard then you're probably in the right place at the right time. Ironically, there might be a few places that are easier then they were in the original game. This is because difficulty was never my actual goal.
There are a few places where you might 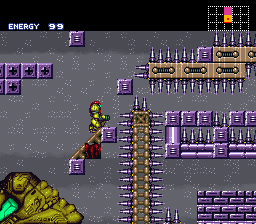 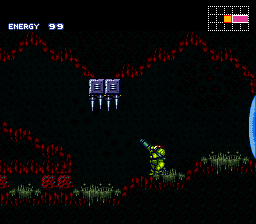 )
62% in 5:05
Read More
its hard at first but it gets easier once you get varia suit, it has some trolling things or sometimes some blocks without colision that you end up getting into the void and softlocked, but maridia looked kinda cool i guess XD also it might look like vanilla but the items are placed differently that it makes you go on weird routes
and i got a little bit of fun so yeah
(also i wanted to play this to see oatsngoats video and see him suffer XD)