Description
I finally release my first completed hack. It's a 'second quest' (like in zelda) like hack of Super Metroid. The map is all the same, but the items have been re-arranged to make the route different and harder. Wall jump and bomb jump are modified to fit the game better. They are also neccesary to finish the game. So is mock ball. I also tweaked the spring ball with a feature I call 'Rocket Ball'. When in a spring jump, press up+jump to fire off. It's a little tricky at first. So go get spring ball and find out...

I also re-arranged the songs to give the game a new atmosphere. For example, I switched the Norfair songs because I think the upper norfair song sounds more 'hot' than the lower norfair song and also to associate it with prime 1 a little bit. I recommend to pick up energy tanks, 'cause you're gonna need them (I guess). Some enemies are stronger and some aren't so it might be a little unbalanced about that, but I don't care the slightest. 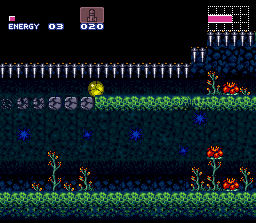 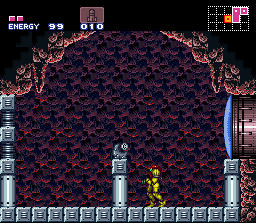 )
97% in 2:38
Read More
Sure, it's a new experience, but hardly anything is changed. The door warps make no sense and just confuse you. A certain early sequence break is hard to find and if you do find it, you'll find it after it's useful...and you won't ever play it again to get it early. The changed music is a very nice touch, however.
The "Rocket Ball" feature did not work AT ALL for me so I was forced to carry a shinespark suit all the way to Draygon from the surface.
Not worth a playthrough imo. Changes so little that it isn't worth your time.
By Syphon on Mar 08, 2020 (

)
100% in 2:04
Read More
Modified wall jump is garbage.
Changed bomb jump timer is garbage.
Door warps are garbage.
"Rocket Ball" seems to only work half the time and it's finicky garbage.

This hack is garbage. 1 orb because this hack annoyed me a lot. Probably deserves 2 but "I don't care the slightest".
By caauyjdp on Jul 17, 2021 (

)
100% in 4:09
Read More
took about 7hours
Forced unspin on walljump is a crime. Faster bomb timer is annoying and serves no purpose.
Door warps I didn't really mind, not enough of them to affect anything.
Music crash in powered off Wrecked Ship Entrance. Wrong door color in Red Brinstar Elevator Room. Bad door connection from Plasma Spark Room to Butterfly Room leads to out of bounds in Crateria.
Path to first intended pbs is not hinted at all? Suitless maridia is forced, ok, but why do you hide a secret path to skip most of the way to gravity.
Almost quit playing when couldn't progress to botwoon, because don't know how to spike suit, but read hack description about Rocket Ball. Took a look at implementation, you have to press up and jump on exactly same frame while springballing. This makes you spark up. This also gives you a spike(?) suit, and based on pre botwoon room, it might be intended, because vertical spark alone doesn't help there?
Would not recommend. Nothing too terrible, bit buggy, and annoying to find progression at times, but walljump change alone makes it not worth playing.