Description
It is a Metroid remodeling work of Sin's work.
Essential kick Climb, but is high degree of difficulty, I am able to better balance basis.
And nothing else, the charm of this work can be found in how to use the Speed Booster. What things do in fact enjoy it of try doing it. 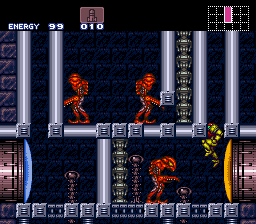 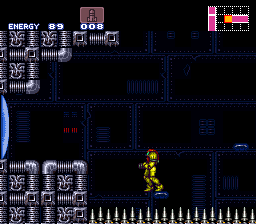 )
60% in 1:39
Read More
Reverse is a slightly crazy outing. It is both a half hack, and a completely different layout. It blocks off large areas from the player without feeling too restrictive. It has some insane shinesparking which you won't forget. And it has a maze. This is the one half hack that manages to actually be somewhat fresh and fun.
By Aran;Jaeger on Dec 08, 2016 (

)
61% in 1:55
Read More
This is a super odd hack, and gates a lot of stuff off. You'll think you're going to go somewhere and the game says "no, go here instead." Like MST said there's a big maze, along with some really, really cool shinespark chains. It's not too difficult overall and is pretty linear with the exception of a sequence break or two, but it's pretty neat and unique for a 2004 hack. That early?!?!
Finished.
Somewhat recommend.