Description
well as the title suggests im making a dark samus hack (has it been done before?). ive hardlky started but i do have some suit tem,plates that look good. this hack will be very slow because im experimenting with changing the sizes of rooms.

some questions for you smile experts out there; can you make a door and hyperlink it to another room or are existing doors all that is avalilable and also do you always need to obtain those items where morph ballk and 1st missiles usually are before the crataterian gauntlet is a possibility for a route? 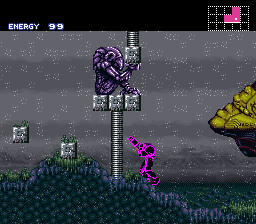 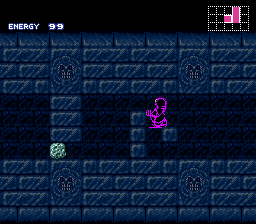 )
64% in 2:51
Read More
Really bad.
The suit palettes were horribly colored, especially the Varia Suit's.
There are plenty of places to get stuck in and there are full damage spikes around every corner. Some you have to trustfall through and hope you don't die, like in the beginning of the game. Not fun.
The level design was really bad along with the spikes and you can tell that the creator wasn't a very good maker. Air tiles, bomb blocks, super blocks, you name it. They're around every corner.
By kkzero on Mar 25, 2020 (