Description
I don't think this hack could get more crazier than that. This is my third hack. After many months I worked on, it have finally complete. It's Super Metroid RBO Insane. For those who have already beat Super Metroid RBO Impossible and wanted more challenge, you got it! This hack was mixed with suit patch and speed booster patch thanks to Bloodsonic and Drewseph.
RBO = Reverse Boss Order 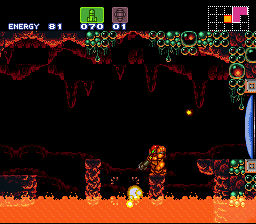 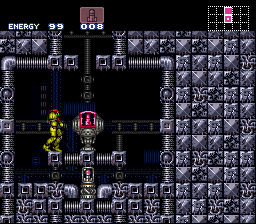 )
58% in 3:54
Read More
A massive shitstain of a hack that does not deserve the reward of existing on the main site.
Beetoms are instakill, bosses are instakill for the most part, the escape is bar-none the WORST one I have EVER seen in a hack. It's 10 minutes long and you need all of them.
Enemy vulnerabilities suck, the design is bad, the game is way too unfair for anyone who plays it. I had to resort to savestates a few times. Death count? 71.
Finished.
Do not recommend.
By dagit on Feb 15, 2022 (

Read More
I was unable to complete this hack even with save states.

This hack is meant for people that want a really challenging and maximally frustrating experience, but it also includes a lot of level edits that more annoying than anything else. Like in Ceres station, the bodies of the dead scientists now have collision so you have to jump around them. You can't just walk/run through rooms. It's just really awkward. With savestates it took me over 10 minutes just to do ceres station.

I spent the next 10 minutes trying to figure out how to get out of landing site and other 5 minutes just getting the first item. The level edits are punishing and obtuse.

I almost liked the way they changed BT's room, but the fight itself went on way too long.

I gave up when I reached a hellrun and after several attempts realized that I probably missed at least one item and didn't feel like going back for it. The hack just didn't draw me in enough and it really felt too similar to RBO and RBO Impossible.

I spent about 4 hours on this hack in total. Maybe some day if I run out of hacks to play I'll revisit it, but I doubt it.