Description
Here is a Half-Hack of Super Metroid which has you play the normal maps in a different direction with some alterations to the rooms of the whole world. The total percentage is 111% and the items are super-secret. Nice for those who want to play the game with a twist. It is also more challenging that your normal Super Metroid playthough. 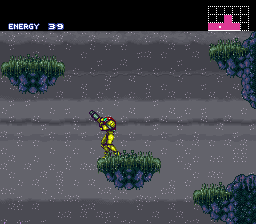 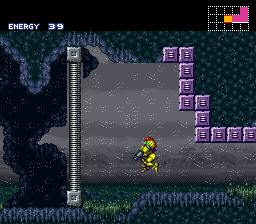 )
No completion stats.
Read More
Gave up after about 2:30, deciding that I didn't need to spend my time on this worthless hack.
The hack forces a 99 HP Phantoon fight with 5 missiles and a terrible room to fight it in. Had to use savestates at the start of the fight because the only save available is back at the ship.
Suitless Maridia seems to be totally forced and you have like no HP while enemies do full damage, so you must be careful.
I didn't mention the spikes.
I found spikes (full damage, of course)in every single room.
I looked on m2k2 to see where I had to go, and it turns out suitless Norfair is forced too! The progression makes no sense and I was just frustrated the whole time I played it. The room changes make no sense, too.
And I'm sure there's plenty of dumb major items hidden in normal-looking rooms like with XHPC. Don't play that either.
Do not recommend.