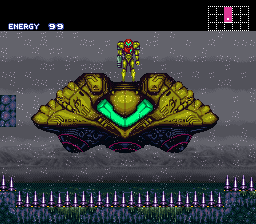 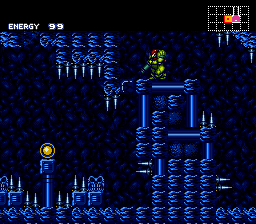 )
75% in 2:27
Read More
Intense?? It's a spike hack.
Like I Wanna be the Metroid-level spike hack. There are full damage spikes in every single room including the early-game ones, so you have to be careful. Gravity Suit's location is totally screwed up and the path to get there doesn't work visually because the scrolls were all messed up.
The MB fight doesn't work at first because the music makes the game crash, but if you leave the room after breaking MB's glass tank you can continue and beat the game. Similar to Tenka in this way.
Enemies are buffed WAY too much (and so is Phantoon), but you shoot extremely fast. Still doesn't make up for it though.
In conclusion, it's a challenge spike half-hack that is not rewarding or fun at all. Do not recommend.
By kkzero on Mar 25, 2020 (

)
No completion stats.
Read More
This is a spike retile.