Description
this is a hard variation of super metroid but it has been done to make the enemys really tedious and the list of changes are:

i have also changed some enemy pallets.

all the hard modes of sm i've played havent been polished well, where as i am certain that this will give you a challenge. 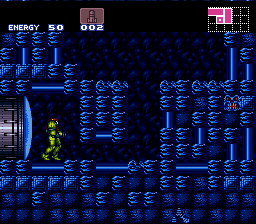 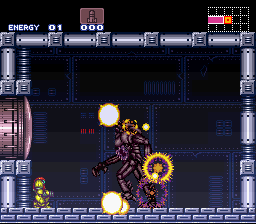 )
34% in 1:23
Read More
This hack certainly does deliver as a bit of a challenge hack. Doesn't mean it's good though.
Health pickups are divided by 3, E-Tanks give you 50 hp, there are only 10 supers and powerbombs, etc.
Your beam is extremely weak at the beginning of the game so I recommend using missiles.
This wasn't very fun to play through as almost nothing in the actual game was changed to make it enjoyable, just tedious farming and dodging.
I was super bored throughout the entire time I played this hack. Don't play it.
P.S.
Mother Brain 1 has 6,000 HP. Don't save after the baby with less than that amount.
By Syphon on Feb 22, 2020 (

)
49% in 1:32
Read More
Just another attempt at a hard mode hack. They all suffer from the same problem which is that the changes don't matter at all at some point if you're good enough at the game. This one is no different.