Description
This hack is just a simple reworking of palettes, damages, and HUD. See if you can beat my time. 2:17. The max amount of items, should be about 20%. 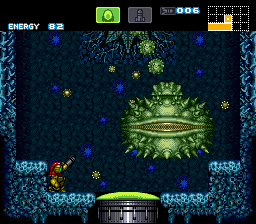 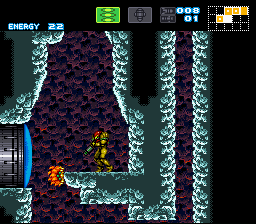 )
No completion stats.
Read More
This hack was originally going to get two stars.
But, there was a fatal flaw that the creator did not account for.
Upon breaking MB's glass and re-entering the room like I did to refill on supers, the missile refill does not work.
Mother Brain 1 has too much health to be killed by 10 missiles and 10 supers. I saved before, and now I am softlocked.
You'd be so wrong assuming I'd go through another 4 hours to finish this hack. It is not worth it AT ALL. Do not play this. The hud is glitchy, you only have 99 energy throughout the entire hack, escaping LN is absolutely stupid, etc.
Use your time some other way.
By Syphon on Feb 22, 2020 (

Only having 99 health is fine for something that strives to be a challenge hack but the garbage HUD which doesn't allow beam stacking and completely getting rid of every item except for major ones + 1 extra Super Missile pack in the Wrecked Ship is making this a very unfun game.
Also the walljump physics are bad.

Giving it 1-orb because it was really not fun playing this, also the issue Sapphron mentioned which happened to me as well but fortunately I didn't save after leaving the room.