Description
This hack eliminates every item that makes you jump, except for Grappling Hook, hence the name Super Metroid Grapple. This means no bombs, no spring ball, no high jump boots, no space jump and no speed booster. You'll need to be fairly good at using Grapple to play this hack, because it is used a lot. 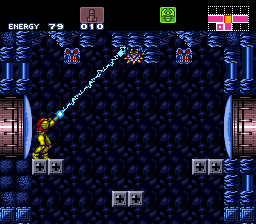 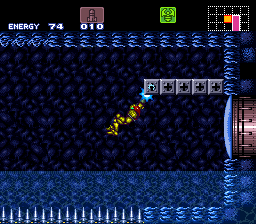 )
No completion stats.
Read More
Pretty interesting concept, but it is implemented terribly by still allowing for walljumping, and not starting you with grappling beam. Unless that's a bug, in which case it is bugged.
By Aran;Jaeger on Dec 08, 2016 (