Description
After a while, I decided to create another hack, the hack changed the Path completely, and the items are well spread out and replaced, for all places of Zebes.

Bugs: In Map Name(does not hurt the game) 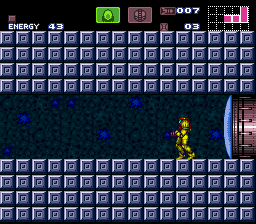 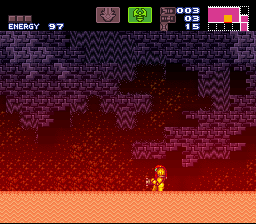 )
78% in 2:36
Read More
This was a pretty alright crimsonsunbird hack.
All the items were at reasonable spots that I didn't have to search for (except PBs, had to look it up to find it)
Item progression was interesting and took advantage of different beam vulnerabilities for a certain room.
You start out with 60 hp and are forced to go through a path that has a decent amount of spikes, so be careful. Door warps aren't common but I remember one or two in the Landing Site and I think that was it.
Black Falcon HUD is broken and no hack should use it except for Mission Rescue.
Also, wtf are the shot and missile sounds??? This is unbelievably bad!
It is a very long hack though, and the suits were in weird spots (Varia was in a spot that isn't even in vanilla SM!)
Decent hack, but I do not recommend.