Description
Super Metroid: A More Differenter Zebes is a half (maybe even mini since it's so short) hack that I've been working on the last couple of weeks after using smile for the first time. So no, there aren't any interesting asm changes, it's really just route and palettes. Have you ever noticed how red the original game was? Speaking of routes, there are three of them. You choose within the first, probably 5 minutes which path you take, affecting items that can be collected, bosses that can be fought, areas reached etc. Two of the paths are very similar and one is somewhat shorter than the rest. 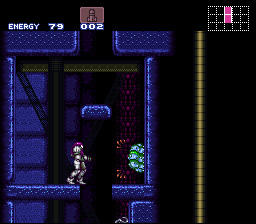 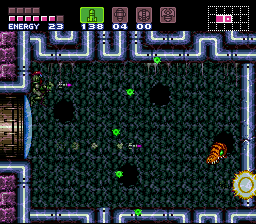 )
64% in 1:32
Read More
This was, well, interesting.
The different paths are really cool (I took the shortest, without knowing it)but after a while, it can get confusing because you don't know where to go. I probably spent an hour scouting around for things but never got any progression because I was already done in the game's mind!
I really liked the palettes though and where some items were placed. I did sequence break one item that helped a lot, so there are breaks to be made!
By Syphon on Feb 29, 2020 (

)
63% in 1:36
Read More
This was different and quite interesting for a halfhack.

It's probably possible to get permastuck at Mother Brain should you not have enough Missiles. The route I took didn't have Charge Beam but I thankfully had enough Missiles.