Description
None. So I (JAM) wrote my own. In this hack the map is warped. Enter to the room may lead to another room when used as exit. You'll warp through all vanilla map's recharge rooms. Warning: invisible spikes! Space Jump will help avoiding them. 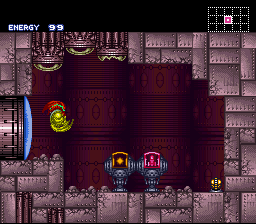 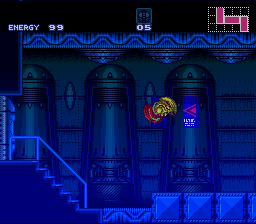 )
No completion stats.
Read More
A great tribute to this tileset was made... but not in this hack.

1. Crys used backgrounds from other tilesets and combinated them with this one in Ice Metal.
2. Cloud15 used the cubes of this tileset as a base to make Digital Cube.

And... this hack is just a bunch of 1*1 rooms, with invisible spikes in some of them. Ending is at... Ceres.