Description
Collect most items in the game from the very beginning, defeat Mother Brain, then begin a nice long escape sequence with puzzles and boss fights. 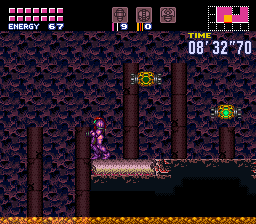 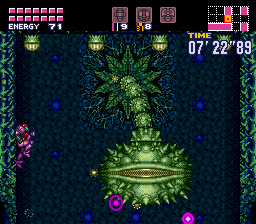 )
% in 0:14
Read More
I was having an ok time until I got stuck in some respawning Speed Booster Blocks, so I looked in SMILE what the rest of the hack was, decided it wasn't worth it, and stopped playing. I'm therefrom copying Aran;Jaeger's time because that's probably what mine would've turned out about. This hack is ok, but it's rather poorly executed. The solutions to the puzzles aren't that great, and the whole thing is just a mess. You may have some fun, but be warned. The hack may fight back.
By Syphon on Mar 23, 2020 (