Description
A short-ish, technically 'full' hack of mediocre visual quality that has stood the test of time and remained fun for many people to this day. The hack becomes fully non-linear after powerbombs. Just watch out for Phantoon (I recommend having Plasma Beam before you fight him for minimum hair rippage), and be sure to have Ice Beam turned on BEFORE you enter Tourian. Good luck! 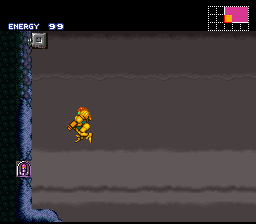 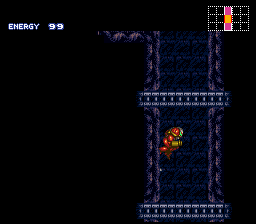 )
36% in 1:28
Read More
This is a good hack for someone that wants a relatively short hack that is quite a bit different than vanilla. It's got some decent puzzles and the level design is all original. However, it also has some flaws. So approach it with patience or you'll just get frustrated.

I was going to give this 3 chozo orbs for being a fairly mediocre hack, but then I remembered how much I hated the escape sequence. They give you plenty of time (30 minutes), but most of the rooms fill with acid so that extra time isn't useful. The acid will kill you way faster than 30 minutes. I had to kill MB several times before finding my way out.

One criticism I have is that the first couple items, necessary for leaving the landing site, are hidden and it makes the landing site tedious. You just have to wander around and search every tile until you have what you need to leave.

The Phantoon fight is a bit too long. Unless you fight him early you won't be in any danger. It's just time consuming.

The Draygon fight is kind of annoying in that I don't know if you can fight Dray without tanking a ton of damage. The way things work out it just sort of seems like you stand there and take damage and hope to win the damage race. Fights like that seem more like a check on your exploration than something skill based and just don't appeal to me.

All that said, I think you can do much worse than this hack, especially for a 2008 hack. It's worth playing if you want something that's not too crazy and can be easily completed in an afternoon by an experienced player.