Description
[Story]
I crashed land on a strange planet due to the failure of the spacecraft, and Power Suit was completely damaged after impact. So, I had to explore this strange planet.

[Tips]
1.Bomb jump and Wall jump are not required.
2.Easy mode: statue hint, Normal mode: no statue hint.
3.The map is very huge
4.Metroids in this planet weak to most weapons
5.Read readme.txt for more details 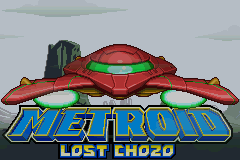 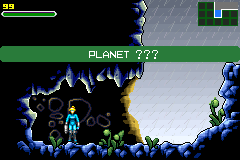 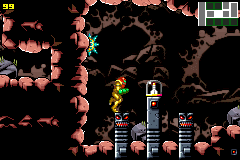 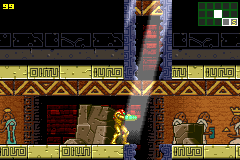 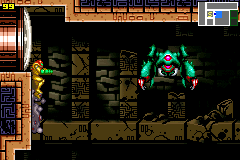 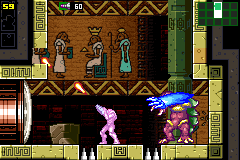 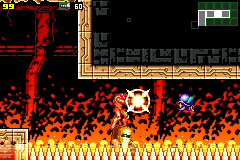 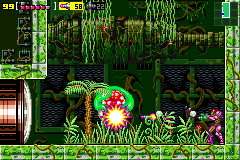 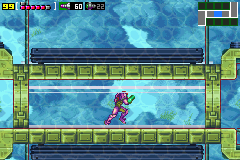 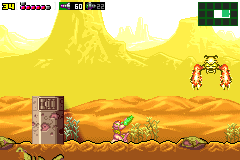 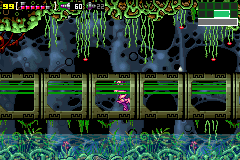 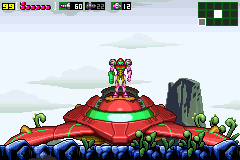 )
100% in 7:29
Read More
It is very exploratory, the textures are exquisite, and the music fits the situation. It requires patience to understand the author's ideas. Your sense of achievement comes entirely from finding new paths and abilities. The higher the collection rate, the less difficult it is to clear the level, and players need to pay more attention to exploration ability. The clever design of the road makes the map open and free. When you can't find the road, you need to pay more attention to the special bricks and explore the puzzles patiently. I hope every player can patiently enjoy the fun of exploration
By The Brothers Crafters on Jul 26, 2022 (

)
No completion stats.
Read More
This is more 4 and a half orbs really.
Played for around 6 hours (completion time is IGT).
Some secret passageways (even progression ones) are too well hidden, making them really hard to find.
The level design was great though, and the map huge.
My only complain again was that the way forward is pretty hard to find.
Finished, recommended

Read More
Oh My Fucking God.
This hack has been a WILD ride, *constantly* subverting my expectations. The start is a bit rough, it's fairly easy to get lost because of how sprawling it is, but persistence is key, and the hack gains more traction with each major upgrade you find. Progression is spaced out but also quite open ended which builds up anticipation for what you will find next. Puzzles will push both the game's mechanics and your own skill to the test. You start with the Zero Suit, something that few if any other hacks do, and it's actually really fun!! The hack is chalk full of custom music which, along with the level design, does an excellent job establishing the atmosphere of each area while also making exploration feel pretty laid back. There's even a bit of environmental storytelling here and there. Bosses you may know pretty well have been recontextualized to be more engaging.

I have a couple suggestions/minor nitpicks that could in my opinion make this hack even better:
- Save and map stations could use the theme of the area they are in, rather than their own. This makes them feel like they actually belong to that area specifically and it adds to the immersion since the music isn't being interrupted.
- Missiles and Super Missiles could be able to reveal destructible blocks just like bombs do. This gives them more utility and means no more having to bomb jump to ceilings and hope you lay a bomb close enough to see what the block is.
- Beams could also reveal normal missile blocks like in Dread or Samus Returns, due to them often being in places hard to reach with bombs.
- I see this hack uses the Quote Inspired Tractor Beam but it seems to not be the updated one that properly catches up with the player.
- I believe red doors could take three missiles instead of only one. This would add utility to super missiles, because you could choose to open the door with one super missile instead of 3 missiles, and 3 hits is a perfect balance between time spent and ammo consumed opening the door. Less farming is required to obtain 3 missiles, and less time is spent sitting in front of the door blasting it until it opens. The same could be said of 1 missile, but I personally find that 1-missile doors make super missiles feel more redundant in Samus' arsenal.

This is now my favorite ZM hack hands down. Excellent work, jasinchen!

)
100% in 3:43
Read More
Time is the result after playing 4 times, this is the result of you familiar with the general process sequence, the game is creative, start the game with zero loading, the first group of missiles are hidden, do not pay attention to it is not easy to find, after finding the game will become easy, after getting the super explosion, the game is not difficult, 100% yield is difficult.

)
36% in 2:32
Read More
pretty good hack. nice big map to explore, the edited tiles & new music are quite nice. progression doesnt feel too fast or too slow. definitely has that signature metroid feel of having to find your own way what with all the hidden and hidden passageways.

level design is pretty good but also kinda hit or miss. the rooms in the volcano area were more interesting imo than some of the ones in kraid or ridley for example. starting as zss is pretty neat but nothing interesting is really done with it, it's kinda just the vanilla stealth sequence but shorter and different rooms.
By bluepikachu7 on Aug 06, 2022 (

)
77% in 10:01
Read More
This is fantastic! The custom music, environments, bosses, etc are really unique! I think there are a couple areas where the path could have been made longer so that we could hear the music in its entirety (lots of switching music between rooms). I also thought there were too many one-way paths and backtracking was cumbersome. The paths are a little too well-hidden in my opinion, as I had to look up where to get space jump and how to get to the final boss. I normally get close to 100% and I only knew where about 85% were.

)
No completion stats.
Read More
I just don't like this one. Too much headache at the beginning.
By Syphon on Aug 14, 2022 (

Really enjoyed the exploration. Level design was very good. A good part of it is sequence-breakable and optional. Got to the final boss before getting Space Jump and Screw Attack so I went back to explore some more. I never found Ice Beam on this first playthrough.

The music was excellent. That one track playing in the lower parts of the Caverns area was my favorite.

)
No completion stats.
Read More
This was the last remaining metroid zero mission mod left for me to play. I thought that by leaving this to the end I was saving the best mod for last. I assumed this because of how new this is and how big it reportedly is. Instead, I got the biggest disappointment of any mod played so far. It turns out, this is unpolished, unfinished, and virtually unplayable thanks to soft locks that you will stumble into with no effort. I was willing to forgive the failure to remove the original game intro (even though every decent mod has been doing this since 2018) and I was willing to overlook the bad English in the actual story, but when I quickly got soft-locked at the start just by moving around normally on the most natural path I could find, it became depressingly clear this mod is not currently in a playable state.

edit: I tried it again after reading the review by djcdubz. It turns out that not only was the path I took the most natural path but it was also the only one available and it wasn't a soft lock. The low production value simply made me think it was. OK, so since it doesn't have soft locks I'll give this an additional orb to make the score 3/5 but a recommendation is out of the question. The fact that players keep getting stuck shows that the level design lacks intelligent design. Plus, the low production value with the poor English and unchanged intro already gives a very bad first impression for potential Metroidvania players. I can foresee most assuming the mod is simply broken when they get stuck because of that poor first impression.
By djcdubz on Aug 18, 2022 (

)
No completion stats.
Read More
The above review by Zincoshine is incorrect, factually. I have beaten this game 4 times, broken it down in every way possible, including major rerouting and sequence breaks, and to near 100% completion. There are no soft locks. There are many perceived soft locks because many of the paths to progress are hidden (in a few cases probably too hidden tbh as it plays occasionally like the original Metroid where you have to bomb or shoot every tile). It's possible, because I don't remember, that some more "advanced" techniques are required to progress in a few instances, which may cause some to get "soft locked," but the game is 100% complete, playable, completable, and is frankly incredibly well thought out in its secrets. The other hack (New Zero Mission) by Jasinchen is better, but this is easily a 4.25-4.5/5 and one of the best MZM hacks out there, despite its issues.
By OneOf99 on Aug 19, 2022 (

Wow, what a great hack! I love much of the area design and good use of vanilla gimmicks in new ways, however the hack is not without its faults. Many sections feel rather pointless (especially certain paths unlocked with power bombs) and there are plenty of one way paths that feel like annoying traps (looking at you, desert). The intro segment with suitless samus is very cool and one I will remember for a long time. I find it interesting with how few items you can get to MB with, I initially got there without any beams so I backtracked after a harsh death in the escape to find plasma beam, wave beam... and that's really it. Never found ice, screw, or speedbooster so go figure. Much of the hack is very well designed and you can tell a lot of thought went into how the overall game progressed. Kudos also for the selection of custom music, the choices fit very well into their respective areas.
By LetsPlayNintendoITA on Sep 28, 2022 (

Read More
One of the longest hack I've played and damn its good. lots of opportunities to go out of your way to do stuff and grab them early. Discovered also more of them thanks to jasinchen. Lots of fun.

Not at all difficult, some interesting puzzles and ideas. Can't wait for the next hack! I played a different version that had the standard music over copyrighted ones unfortunately due to playing for youtube too but I'll go back and check the other musics soon on my own.

Most people seem to have stopped after Ridley. You forgot one item you just got after Ridley, it has its uses. Go back and explore :p You'll unlock the other half of the hack!