Description
Metroid SUPER-SPEED Zero Mission is a faster version of the original romhack by SBniconico, named Metroid Super Zero Mission. SBniconico brought the GBA’s Zero Mission to Super Metroid, but to truly appreciate SBniconico’s masterpiece, you had to know how to super-short-charge the Speed Booster. This patch opens the whole of SBniconico’s Zebes for players of all skill levels. You will be able to shinespark through all of SB’s shortcuts and secret areas that are hidden just about everywhere you can imagine, without having to short charge.

You need to patch a non-headered Super Metroid rom.

see the readme for a list of all changes, there are quite a lot of them. 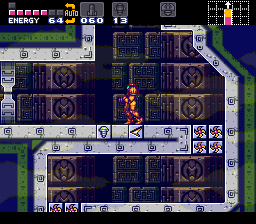 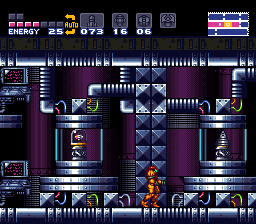 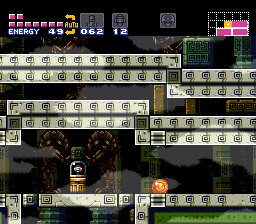 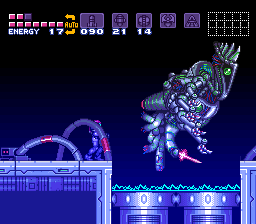 )
No completion stats.
Read More
The original MSZM is arguably one of the best Super Metroid hacks of all time.
However it's very hard to finish 100% because some items require speedrunner reflexes to get.
While this patch tries to address this problem, it unbalances the original game by making some items too easy to obtain, and some chain shinespark puzzles are now pointless. With some difficulty curve adjustements I would consider it the definitive MSZM edition, since it was the only major issue of the original game IMO.

This is a minor complaint though. All the quality of life improvements are very welcome, the game is much more pleasant to explore and I prefer playing this version most of the time.

)
No completion stats.
Read More
A new difficulty option for an excellent hack that could use an easier version. I think Normal is fine to play still but this is far easier to get items in. I think the review above is excellent so I'm just going to say ditto. Thanks for the hack, I'm sure many will appreciate it in time.
By Zincoshine on Sep 11, 2022 (

)
No completion stats.
Read More
This is a fix for super zero mission that fixes a huge amount of problems with the original hack. The readme details the many things that were done to improve this. Sadly, upon playing through this I discovered that a few number of very serious issues remain. The first issue is the small heat run required in norfair. Now, the heatrun by itself isn't bad, the problem is that the room you have to run through has spikes on the roof and the player WILL run into those and think it was the heat damaging them. That's going to convince the player that there isn't a heat run and that they actually hardlocked. A very big problem insofar as recommending this to metroidvania players. Nonetheless, I dealt with this and continued onwards especially as it was good afterwards... that was until the nauseating/epileptic spospo boss battle. I mean what drug would you have to take to think that it is OK to violently shake the screen the entire boss battle? At that point I realized I could never recommend this to anyone outside this community and I decided to quit my playthrough. It is also worth mentioning that the story of this hack is the metroid zero mission story so... I recommend playing project ZM instead. 3 orbs for the massive effort, both by SB and advancedpillow. I wish advancedillow would make further improvements but I guess that isn't going to happen...
By vsf3000 on Nov 08, 2022 (

)
% in 5:40
Read More
well done, with much needed improvements to the original. more reasonable difficulty levels, particularly if going for 100%. some small frustration factors here and there, but i think the majority of players wont find them as bad as some make them out to be. strongly recommend this one over the original hack.