Description
Metroid ES Mission 2.8 (Latest Stable) is now on Metroid construction !
For more information with the older version , get the read me file with all the
news changes listed , at least most of them.

Like, EX Mission , ES is a Vanilla + and almost the same game but more balanced and exploration free , removing both EX broken state and Weird stuff in Vanilla , with more mechanics than both of them .

The difficulty setting got revised , easy and normal being hightly / almost the same i decided to make some change about it.


A special difficulty will be released at a later date. (Maybe ?)

Ridley is really bulky , it's will be way better if you find the sequence breaking for obtaining plasma before fighting him.

Some old stuff will be removed / edited with the time. 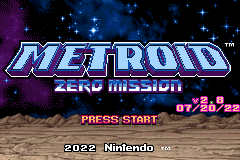 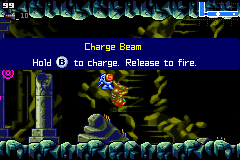 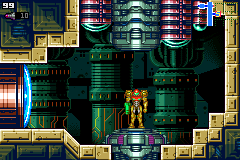 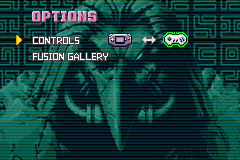 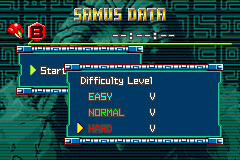 )
70% in 1:19
Read More
Really cool hack. I love the visual rework, it's really insane. The void thing is really interesting and allows very cool breaks. Also Samus runs faster (Im not sure for morph ball) so the pace is increased but I found it was more difficult to make precise jumps. Speed booster is modified and is very fun to use (charges up extremely fast and you can keep it for very long times) and moving in morph ball charges it too.
Ridley is really hard compared to how this boss is in the og game, but if you get destroyed by this boss (like me), you can just get out of the Ridley sector and come back later (which was not possible in the og game, so huge props to the author for this modification)
I also really enjoyed having some features from Fusion like the animation of Charge, Wide and Ice beam (also the sounds)
Overall, this hack is awesome, I highly recommend.


Some bugs/weird features I noticed : (SPOILERS)
-No morph ball animation when you don't move (normally it still spins even when you don't move)
-when you press L and down it makes Samus crouch and aim diagonally downwards. It forces you to crouch, which makes it difficult to shoot diagonally downwards. In the og game it doesn't force you to crouch
-if you fall all the way down in the void room, you can't climb back without space jump, or a single wall wall jump, or a very long vertical bomb jump. If you don't know these tricks and don't have space jump, this room is a softlock since you can't escape it at the bottom without power bombs.
-Kraid doesn't destroy the platform you are standing on with the projectiles/platforms coming from his belly, which makes the boss even easier
-if you use the void room to get in Chozodia before the infiltration thing with zero suit, the music stays the same (the music from the infiltration mission) even if you go back to crateria/norfair/ridley/brinstar. Boss music seem to fix this issue though (go fight a boss)
-same kind of issue, if you warp in chozodia before you have beaten Ridley, you will still get the short Mecha Ridley Eye animation, which is not coherent scenario-wise (It is an almost irrelevant point though)
-speed booster is very fun to use but shinespark is horrible imo. I just couldn't figure out how to shinespark horizontally. Also by just jumping from a crouched position, it made me shinespark diagonally and not vertically (??). I could do all sorts of curves upwards but not horizontally, which softlocked me in Kraid after the boss (I skipped Acid Worm so I had not activated the transport machines on the ceiling. But in order to travel the long acid room with all the flies coming at you, you need a horizontal shinespark [or the space jump but I skipped it too])
- The wide beam is bugged. I couldn't spam fire when I had it equipped. It just fired 2 or 3 times, then even when spamming my B button, it didn't fire for like 1.5 sec


I have only completed the game once when writing this; I might edit later especially the shinespark part if I get how it works

)
No completion stats.
Read More
[2.0 review]
I don't like giving 2 stars, but unfortunately this hack is not great:
The jump has been tweaked and now feels very sloppy, diagonal bomb jump is basically gone, early varia is not possible anymore because there is a super missile door protecting it for some reason, shinesparks are painfully slow and horizontal sparks are gone too. It promises a more exploration free world, but it is everything but that considering what I said before.
The void was an interesting and neat idea, though someone who doesn't know how to swj will get stuck there. Also using the void I went straight to Kraid without activating the rails and I got softlocked because of no horizontal shinespark. And at that point I didn't want to restart the game over.
I hope these issues get fixed in the next version, because there is some good stuff here, but the flaws outweigh the merits.
By KPF on Jul 16, 2022 (

)
No completion stats.
Read More
No. This is another bull shit ass hack. Don't sequence break or you are FUCKED.