Description
Screwed and Chopped has been renovated and now playable! Original game had many rooms that were freezing the game and/or dumped you in the middle of nowhere. Some items have been relocated and many rooms remapped. For being from 2005 a lot of the authors ideas were pretty innovative. Issues I believe they had were attempting to get an unused "Unknown" species to work (every room crashed w/ this enemy in it). Likely out of frustration the author just sort of released it as is. I hope I succeeded in bringing the spirit of the original into the game.

Pausing during the Kraid fight will make the screen show only the background, and you will have to exit and reenter the room. Enter Kraid's room with Ice beam equipped. 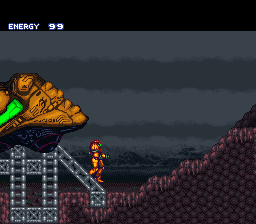 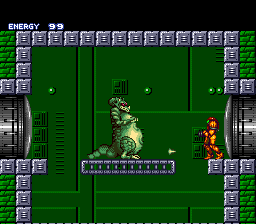 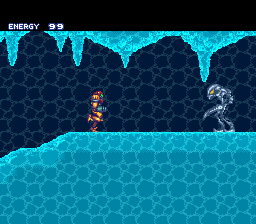 )
24% in 1:44
Read More
Unfortunately this hack hasn't been restitched very well. Noxus did a good job but there's a lot of stuff that went unchecked and quite a few softlocks, some not even by sequence breaking. I liked the hack when it was incomplete, and now that it's in a complete form it almost feels like it lost its charm, which I don't think it should've. Not Noxus' fault at all though. It was nice to actually be able to beat the game, and what's here is quite...interesting.
Finished.
Do not recommend, at least in current v1.0 state.

)
55% in 1:46
Read More
This hack is quite weird, but there are some really nice ideas. It becomes pretty obvious why you can't open the map menu once you realize how everything is connected. In terms of room design, not really very interesting, and there was one annoying area were almost everything is spikes. Otherwise i really liked the new screw attack mechanic, although a bit op, but that's not so bad. A solid 3/5 orbs bc it's not something to look up to, but it can be fun.