Description
Metroid: Operation Execution is yet another hack from Roebloz, this time tackling the challenge of making a good Metroid Zero Mission ROM Hack.

It follows the story of Samus (Yet again) going to investigate and shut down the Space Pirate operations on Planet Triea 31 shortly after the events of Metroid Zero Mission, and avoid the Space Pirate elite known as the Executer. (The story is explained more in-detail inside the README file.)

The hack redesigns the whole map and alters the enemies a bit, making it a brand new adventure. The graphics have remained mostly the same, with some additions for areas such as Kraid’s Lair featuring graphics ported over from Super Metroid, and the Spikes from said game having been ported over as well. There isn’t any ASM work either, so this is a nice vanilla hack for those who prefer simple hacks.

Got boredom to kill? Then get your Charge Beam ready, and get ready for your new mission; Execute…Or be executed.

DIFFICULTY: Journalist Friendly/Challenging/VERY Challenging (Depending on which difficulty you choose in-game, of course.)

Read the Readme for more information on the hack. 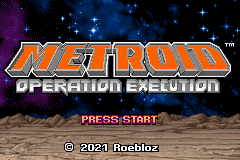 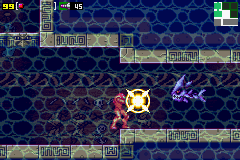 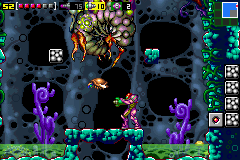 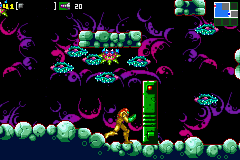 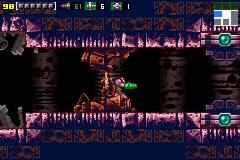 )
75% in 3:43
Read More
Having a billion enemies in every single room was interesting to say the least, I didn't really love it but there were some enjoyable parts. The chases and the escape sequence were pretty cool. 3.5/5
By KPF on Feb 15, 2022 (

)
% in 3:19
Read More
For reference, I'm not a speedrunner or anything, but I have done minimalist runs of the prime series and Samus Returns, and Dread Mode on Dread. Completion time is the last save before Ridley, whom I was unable to beat even in slow motion 15fps. I enjoyed this hack for a while, but then it just got ridiculously hard, completely dwarfing the vanilla game. I played on normal mode. For me, it was not enjoyable without save states, slow motion, and rewinding. This is because the number of enemies is ludicrous, there is one (and possibly more than one) deathtrap, and the placement of enemies and obstacles seems to almost be made precisely to get in your way and surprise you. It seemed like a series of enemy gauntlets to each upgrade which you had to backtrack through after obtaining. I did like the earlier chases, though they seemed a bit short, but the one leading to Ridley's lair is insane and from watching the rest on youtube, it seems like it doesn't get any easier. I would say it's worth a play if all this doesn't deter you.
By LetsPlayNintendoITA on Sep 18, 2022 (

Read More
What can I say about this hack...
A nightmare.
Not cause of the difficulty. I get it. Hard sponge enemies (including the farming enemies. and guess what? you NEED them. HARD. SUPER HARD. if you want to survive. you need to farm. HARD.)
then you get to the possibility to get early super. you get it and bam you hardlock yourself in the ruins by entering them before you should. no way back.
ok you EDIT the doors to get back and continue. then you get back there you do a very very hard excape from the executioner, and you skip all expansions cause you're followed by him. Ok I'll get them later.
You go back at the end of the game. Guess what? the door to the excape with executioner is locked so all those items are unobtainable. Door editing again.
You enter the final area (the labs) and go beat it with thousand savestates cause the amps hit you hard as a truck. then the metroids which require 3 supers to kill (with no refills besides puny -ZM rng- cheerios) and you basicly need 100% (which is 93% btw) to even get through + refilling slowly.
Then you try excaping and good lord mother brain was hard but a nice welcome fight (though in my case it was harder cause i had to go back and edit a door to get through back to the invincible enemy to get the missile and didn't heal in any way).
A mess but a good direction in hacking. thanks.
(sorry for all the edited doors but the road blocks :( )