Description
Ahh, how unfortunate that this project has become a thing of the past. It is unlikely I will ever complete this, so here's the last video of the SA-X project.

It's not much, but I can definitely say I had plans for this.

First of all, I was intending on having him wield all of the beam types from Super Metroid (the sprites were done, and a swap out system was set in place) as well as beam combos to go with them. Each beam could be swapped mid-battle or maintained throughout a single battle depending on weather I wanted it to or not.

Other abilities such as speed booster, screw attack, and missiles were also partially implemented (not shown in the video) and they could break their respective blocks. There was also a more advanced Morphball mechanic that wasn't shown (a smart Ball Bounce system was in place which would have the SA-X enter Morphball and jump into any alcoves high up on a wall if it encountered them.)

A few more abilities were strictly ideas and weren't even touched upon such as a possible Zero Laser, Shinespark, homing missiles, or an X Morph combat teleport in which the SA-X used it's X form to teleport around the battlefield and through walls.

Many of SA-X's actions could be controlled via clipdata squares(such as when he used the Powerbomb in this video) and said squares could be used to create customizable events.

--or just having the SA-X suddenly tear through a room you're currently in with the Speed Booster, opening up a new passage and - if you're not careful enough - running over Samus in the process.

If I ever got around to it, I so wanted to add a couple of custom cinematics such as one where the SA-X destroys Samus' armor and having Samus combat the SA-X to regain a beam while it used the beam in question(and beam c 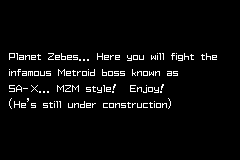 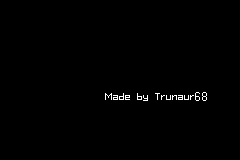 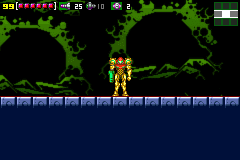 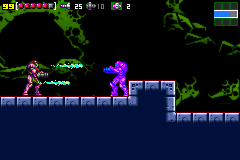 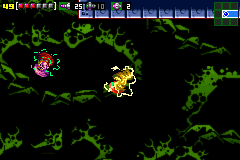 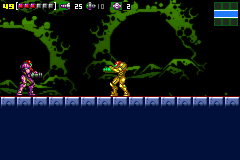 Ratings and Reviews
This hack has not yet been rated.