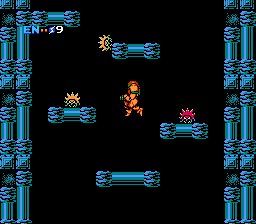 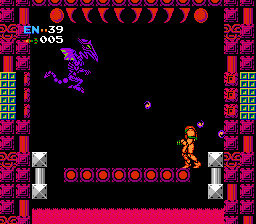 )
76% in 9:42
Read More
Very technically impressive hack. The little physics changes and the addition of crouching takes the game from something that I hate to something that I played all the way through. The revamped Ridley is AMAZING, but I feel like the controls arent responsive enough to allow for such a dynamic fight. For instance, some times when i only wanted to crouch, samus would go into a ball, and other times it would take two or three taps to go from crouch to ball. I think if you implemented downward aiming, like in Metroid 2, and improved the controls some more, then it would be fine. Also, while the new player sprites are pretty on their own, the walking animation looks strange when walking while shooting, as samus repeatedly points her arm cannon down and up again. I think if you made it so that Samus's armcannon is always held forwards in her default walking animation, it would look more natural to run while shooting.

Also, my time was so high because ive never beaten metroid before.

)
No completion stats.
Read More
The new Samus sprites are a huge improvement! These should be used in every Metroid hack. I also agree with the other reviewer that downward shooting (and diagonal?) would be great additions. Also, it seems like the hitboxes are still the original size. Any possibility of getting that increased to match the sprites?

EDIT:
For what it's worth, I tried applying this with Wall Jump patch: https://metroidconstruction.com/hack.php?id=437

Applying them in either order breaks it unfortunately, but this would be a great one to integrate too!