Temple of the Winds
a Super Metroid hack by Moehr and Albert V.

This is the first hack of 'A Hunter Born' series

New version 3.0 update:
several quality of life improvements and bug fixes, including two additional save zones, less deadly poison, fixes to the Cyclone Beam and the boost to Thunder's power.

Also there is a widescreen patch for this hack, available below.

It is meant to be used with the attached manual, if you so choose, which has some additional background content.

Manual is recommended due to custom items and some new things old abilities can do now.

Foreseeing a future disaster, the Chozo have sent you to an ancient temple to recover the artifacts there as the next stage of your training.


Hack is one region focusing on exploring and use of edited items, completion percent is 100% 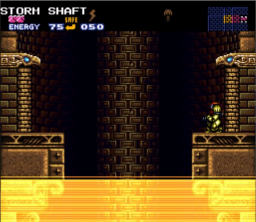 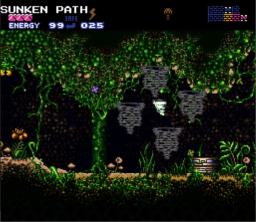 Read More
Best hack of 2020.
Tons of custom ASM and an unforgettable experience overall. Tilesets make the world come alive and the music is legendary.
Play this.

)
68% in 2:44
Read More
Handsome piece of art, really unique, immersive and full of surprises. Does some new things never seen before in SM. Thumbs-up to Moehr for trying something really different than what we are used to, pushing the custom far and its all original. And thumbs-up to Albert V. for destroying the limits of the snes visually once again. Its hard and some rooms contain big frustration and not the good kind of difficulty, but its an experience worth discovering!
By Syphon on Jul 04, 2020 (

)
86% in 1:38
Read More
An excellent and very immmersive hack with amazing music and visuals.

I'm a big fan of hacks that try new stuff and include custom things. This was a very unique experience.
Also I'm really amazed at the effort that went into the manual. Looks really great.

The whirlwinds feel a bit too finicky to navigate and I take some issue with the lack of refills from (most) enemies. The result is that the game always feels like it's providing almost a little too much friction against the player.

Other than those complaints, this is pretty solid all around.
By caauyjdp on Jul 05, 2020 (

)
60% in 0:47
Read More
This hack is full of unique but also stupid surprises. I have managed to finish it but still confused by it. Some of its mechanics and new item functions aren't very well conveyed, you probably must read the manual for that.
More importantly, there are some annoyances in the level design and in the enemy department. Later in the game, they are literally spawning and re-spawning on your face which gets old very fast. Not to mention invisible enemies... This is where I started to use save states since you can't regain health whenever you want.
Other than that, echoing what others said about graphics. Custom music is not as memorable as Clocktoberfest but still nice and original.
By Digital_Mantra on Jul 06, 2020 (

)
No completion stats.
Read More
Temple of the Winds is an ambitious hack, it's unique and it's clear there was love put into it, from the room design, world building lore, and the inclusion of a manual.
The graphics, music and concepts were good, but it was a clustered undertaking weighed down by obfuscating gameplay that demands perusing the included manual.
'What do I do?' and 'What did I do?' were questions repeating in my mind. The challenge was deadly if I ventured out of the intended sequence, and dying and retrying is a motif that demotivates me.
If you're looking for a hack with tonnes of fresh ideas and some genuine 'wow' moments, TotW provides.. unfortunately it's laden cryptic undertones made for an experience that wasn't gamer friendly.
By Boomerang on Aug 10, 2020 (

)
91% in 2:47
Read More
To mirror what others have said, Temple of the Winds is an incredibly ambitious hack that pulls out all the stops to craft a very unique and stylish experience, pushing Super Metroid to its limits. It's an audiovisual treat from beginning to end, with Albert V. and Moehr's lush tilework and the completely new custom music bringing the world to life. A lot of love clearly went into giving this hack its own setting and lore that borrows almost nothing from the series' mythology. Much was also done to give the powerups their own identity - most SM hacks don't deviate all that much aside from the vanilla upgrades and one or two new upgrades - with an almost wholly unique arsenal for Samus to play with.

That all being said, it's unfortunate that the hack has quite a few shortcomings.

As I had feared from the outset, the gorgeous environments are nice to look at, but a bit finicky to navigate. There were frequent instances in which I bonked against some level geometry that wasn't entirely clear whether I could pass through or not, particularly in the ruins below the starting area. There were pillars that were dimly lit and made me think they were part of the background, only to find out it was a wall. Painstaking effort was made to make the environments look as natural as possible, at the cost of creating awkward little tunnels or crevices that didn't gel well with the relatively unchanged movement mechanics. It made traveling through the world more of a pain as the game went on, and deterred me from really scouring the hack to get that nice 100% collection rate. There's a fine line artists working with SNES graphics have to tread: visually striking imagery like the ones found in this hack obfuscate the level geometry and tends to leave players confused as to how they can actually navigate it. There's a sort of immediate, recognizable "readability" that's sacrificed if you go too far in the "artistic" direction. On the other hand, make things too rudimentary to serve the gameplay and you have a bland world to explore. Temple of the Winds certainly skews far into the "artistic" direction, and for the most part it works, but there are some areas that could use some work as far as playability goes.

On a similar note, I appreciate the genuine effort that went into putting actual puzzles into the level design. Unfortunately, Super Metroid is so painfully limited in this regard that pretty much every attempt to innovate in this area ends with what also happens in this romhack: things just feel random and arbitrary, and I stumbled on the solution without even realizing there was a puzzle in the first place. Errant pots that can be broken to reveal Thunder upgrades that don't look visually any different from another pot you can't interact with; random switches that break otherwise non-interactive blocks a few screens away; weird roomstate changes that require you to exit and re-enter a room to acquire the item within; and other examples fall into this category. That isn't to say there aren't good puzzles in Temple of the Winds, because there are.

Lastly, the new mechanics, while fresh and innovative, are also unpolished and are more frustrating than what was probably intended. The nature of the whirlwinds made me second-guess myself multiple times, as even after collecting the intended upgrade necessary to bypass them, there was still enough resistance in bypassing those obstacles that made me feel as though I had missed an upgrade, only to later realize that the finicky, weird thing I was trying to do before was the intended solution. When creating obstacles like these in a game, there has to be a clear indication that you're doing the right thing - Super Metroid does this by having audiovisual language that doesn't leave much room for misinterpretation or second-guesses. There's no misinterpreting the function and correct execution of the grapple beam, or the bombs, or the speed booster. But the Cloud Boots still make the whirlwinds offer a hefty amount of resistance to your jumps and, along with the sometimes finicky level geometry, might leave you getting sent right back to your ship. This situation is emblematic of a couple of situations in the game and could be solved by making this a bit more clear for the player, such as making different graphics for different kinds of cyclones (since they don't all work the same way) and having the Cloud Boots completely nullify the effects of just one type of whirlwind. Just spitballing ideas here - I don't know how feasible that would be.

If I appear critical, it's because I see great potential here. As mentioned before - this hack is a stunning piece of work that should be experienced at least once. There's a lot to love here - it's just buried under a bit of rough edges. I look forward to Albert V.'s and Moehr's contributions in the future!
By MetroidMst on Sep 29, 2020 (

Read More
This is a very interesting hack that tones the Moehr confusion down slightly. The hack looks quite nice, and has a few new bosses thrown in. The simplest of which is one of the best things I have come across.

This is worth a play, though do keep in mind it is a hack that can give you some trouble seeing what is foreground and what is background.
By ocesse on Sep 29, 2020 (

)
78% in 2:20
Read More
Temple of the Winds v2.1 is a game that has amazing graphics, custom enemies, a lot of gfx additions and an awesome Mode 7 background that serves as an introduction to the last part of the game, in addition to an excellent soundtrack. Play this game, but please read the manual first so that you understand your mission better.
By Kremit44 on Oct 16, 2020 (

Read More
Very highly exploration-based, extremely beautiful, and the music is wonderful. There are a couple of frustrating parts, but overall, it was a very fun experience and the first hack I've ever completed. I highly recommend this one!
By Munchy on Nov 28, 2020 (

)
63% in 1:16
Read More
Really enjoyed this. lots of very interesting ideas and themes.

I liked the limited energy, it made the whole thing feel more tense and like you were always being pushed. I can see some players having issue with that; from my PoV, it reflects the fact that ToW is trying to focus on difference at every turn (mercifully, without drastic changes to Samus' physics).

I don't wanna spoil too much cos there are a lot of excellent things to discover in this hack! Suffice to say I can't say too much without giving spoilers!

my only gripes are small:
- I prefer more spacious playing areas, everything felt very claustrophobic somehow. like every screen had to be full to the brim with things obstructing my path.
- The whirlwind mechanics got a little old after a while

)
No completion stats.
Read More
An ambitious romhack that misses some design fundamentals.

Part of the Metroid formula is Samus getting energy/ammo from enemies.
Taking that out changes the dynamics of the game: Mistakes become much more punishing.

This could work if areas were designed as small, 1-15 minute courses to be completed with limited resources, punctuated with save and refill stations. Instead, the course is the whole map, your only refill station is your ship, and save stations recover you to only half health.
The medicine and thunder pickups don't fill the gap effectively.

The new and modded mechanics aren't clearly communicated within the game. The whirlwinds aren't predictable. I defeated the new boss by just tanking it instead of doing whatever I should have done, which wasn't clear.

To reveal problems like these early in production, iterate more on design through playtesting with fresh players. Observe when they get frustrated or miss key things, and deduce what's causing it. Test new concepts in small chunks before developing bigger chunks.