Description
Halfhack of Super Metroid that changes most of the beginning rooms and almost none of the later ones. 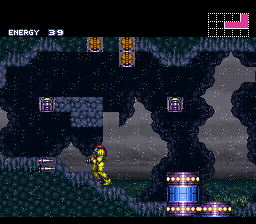 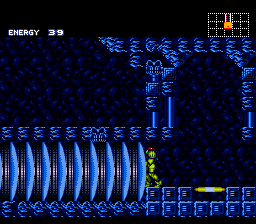 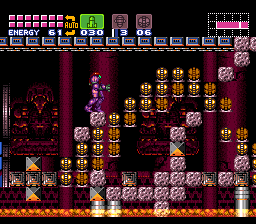 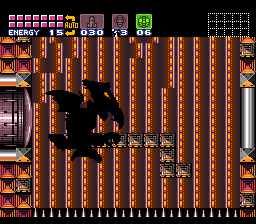 )
% in 2:22
Read More
Terrible, like all other pedro hacks.
Ass tiling in the beginning, and you go down to red tower refill to get first missiles, then get Speed Booster in blue brinstar.
Then you get bombs which is not hinted to at all, and go to crateria PBs and grab a shitload of supers and e-tanks for the rest of the hack. You'll need at least 2 sets of the items.
Rooms are barely changed besides the ones early on, and the worst part about all of this is that the escape is literally IMPOSSIBLE without Hi-Jump which I decided not to get.
Bad idea. I would've gone back and got HJ but the door in Tourian seals you in and you can't leave. 69 second escape will do that to you. I basically finished 99% of the hack and that's good enough for me.
Did not finish (I couldn't).
Do not recommend.
time is rta

You need to be almost perfect during the escape to make it in 69 seconds. I barely made it with less than 1 second left after a lot of attempts. Even had to moonfall once to save time. I also used save states at two times during the escape. If you have about 40 seconds left at climb it's possible.

Hack is garbage though so no need to play it.

)
No completion stats.
Read More
A garbage dump that takes the form of a Super Metroid hack.
By GoldenTorizo on Nov 20, 2022 (

)
No completion stats.
Read More
had a bout one grillion percent. actually had fun with this until the escape sequence, which is where i gave up. big hopes for no. 5...