Description
I challenged myself to make a hack in one weekend. This is the result. Seven rooms, four pickups, and two (mini-)bosses. 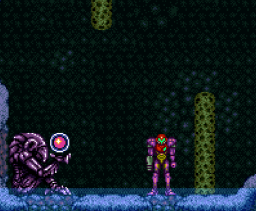 )
3% in 0:06
Read More
Nothing special about it but nothing offensive either so I'm giving 2 orbs for managing that in a weekend. Also SpoSpo boss music during escape :)
By Aran;Jaeger on Jan 04, 2020 (

)
14% in 0:08
Read More
Very short, but not too bad given its creation circumstances.
One oddity I noticed was the vertical hatch to the path to Bomb Torizo was able to suck me back in downward. Easily averted by doing a fancier jump up into the hatch.
By ptoil on May 17, 2020 (