Description
Description from Google translate:
"Most mature is high in the hack of human management.
Enhanced search main degrees of freedom.
Difficulty has been spread out.
Normal recommended person hack Introduction.
I think you are familiar with and able to hack clear even in hard.
Notes tips and cheats, please see the ReadMe folder." 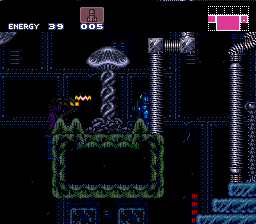 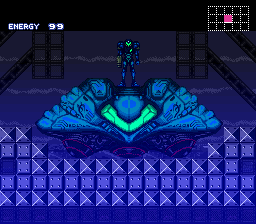 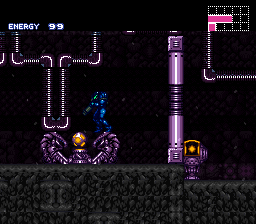 )
58% in 3:58
Read More
Exercise is a decently solid hack that is a little more challenging than the original game. There really isn't anything that catches your attention. It is just a solid hack with nothing really spectacular. It's worth a playthrough, but don't expect much.
By Cirno on May 11, 2015 (

)
No completion stats.
Read More
Oh, this hack!
This is the hack that I finally got the timing for mockballing down in. Seems the name of the hack is a fitting one~

It does some neat things but I can't remember all of them, I do remember having a good time though!

A bit glitchy with palettes overlapping on the sprites, but nothing game breaking. The escape got me panicking a bit :)

It's a really nice and refreshing hack, enemies are ok, item order is interesting and allows for "sequence breaks" (killed Phantoon first lel)

)
91% in 5:32
Read More
Good hack with a dark palette and a good level of difficulty. Too undervalued, but is a great test for your attention and visual acuity.
By Tundain on Jun 05, 2022 (

)
63% in 6:21
Read More
Very strange hack, aesthetics were not exactly great, but they weren't an eyesore. Some very strange design decisions in a some of places, and progression wasn't very obvious (I got stuck trying hellruns in LN for a long time).
But gameplay itself made up for those flaws, so I did like it after all, it's definitely a nice hack.
By Zincoshine on Aug 09, 2022 (

)
No completion stats.
Read More
Unfortunately, this ROM hack is typical of the era it comes from. Absolutely no effort was made to make the layout look decent or make the ROM hack feel like a real metroidvania instead of a throwaway super metroid rom hack. It is just really bad as a Metroidvania. Not recommended.
By PHOSPHOTiDYL on Sep 11, 2022 (

)
78% in 6:21
Read More
I really enjoyed this one. I had a few moments where I was confused about progression, but usually because I forgot about a room I meant to explore. I played on normal and I thought the challenge was just right. Harder areas meant I should explore elsewhere and come back. I thought it had fresh and interesting puzzles. I enjoyed the challenge of reaching plasma.

However, it's not perfect. I got rolled out of bounds in one room trying to explore what I thought was a passage way. I banged my head against GT for a while before realizing that maybe I shouldn't be trying to fight him yet. In some areas the palette doesn't have enough contrast. There's quite a few background objects that are bright enough to look like foreground with collision. That left me confused in several rooms, but it was usually easy to resolve by just trying to press up against those objects.

Overall, I would recommend this to people. I think it's a bit of an underrated gem. To me it felt like a fresh take on vanilla.