Description
A very open-ended hack with exploration as the main goal. Items are strewn about in weird places, and nothing presents too much of a challenge. 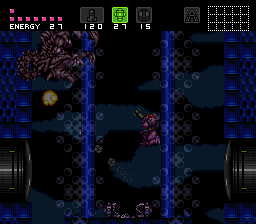 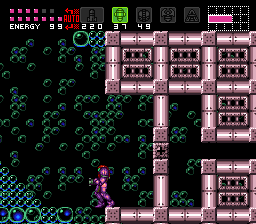 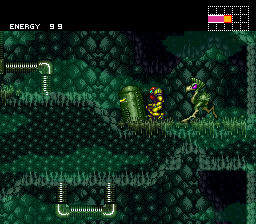 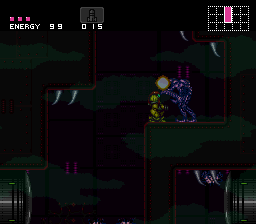 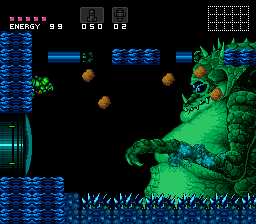 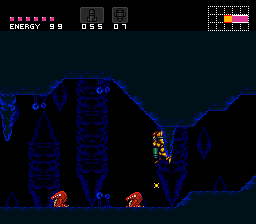 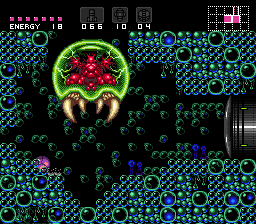 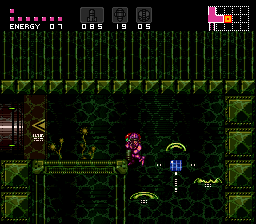 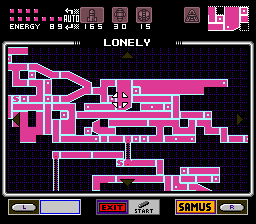 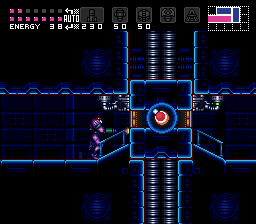 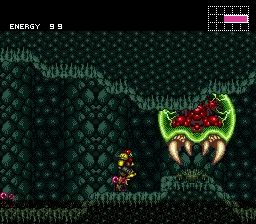 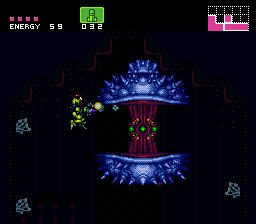 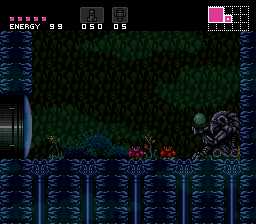 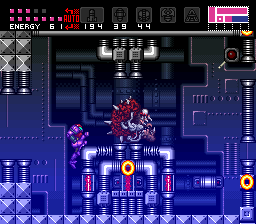 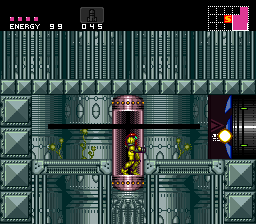 )
No completion stats.
Read More
Not as good as its big brother Oxide. This one took more effort to complete and didn't feel that great.
By MetroidMst on Apr 01, 2015 (

)
82% in 3:59
Read More
Airy is a fun exploration hack with physics that make it feel like you can jump right off the planet. It is extremely easy, as absolutely nothing is a real challenge. Major items are just strewn about randomly it appears. There are some really dark areas of the hack, and the final segment was a load of yuck. If you're longing for something with some length, you could do worse.
By Vismund Cygnus on Apr 20, 2015 (

Then came the endless back tracking, enemies that just won't die and impossible speedbooster puzzles to get reserve tanks.

It also feels like the author forgot to give the player beams in this hack and just gave them all at the end saying "oops".

And if it wasn't for the fact that someone warned me about the 1 tile to find the last area, I would of quit this hack before finding it. Word of advice and possible spoiler:

You need grapple beam to get in the last area and it's located near the place where you find space jump. It's hard to find so use your X-ray or MORPH BALL.

Last area of the game was pretty bland with a crapton of metroids in it. Fortunately, they are not hard to deal with, only slow. Escape was anti climactic.

I'm disappointed in this hack because it looked pretty good and had decent level design to keep me interested, just poor design choices on the last half of the game.

Couldn't find supers had to look that up even tho I bombed everywhere and shot everywhere... ofcourse I didnt in correct room, tried hellruns for quite a while.

THen it went on very funny, trolly as never before.

Ridley fight was cool if you made a mistake! ;)

Loved Tourian wasnt what you thought it would be.

If I hadnt a viewer on twitch who remember that grappleblock I wouldnt be able to finish this hack.
By Aran;Jaeger on Dec 08, 2016 (

Rating for some hacks may be off by 1 Star, but arguably not more, and ratings are not attempted to be provided within the precision of ''half orbs''.
By Syphon on Nov 14, 2019 (

Item progression is very different with most major items available after killing all bosses.
Reserve Tanks require Speedballing in mid-air which is hard. Though I only had issues with one. The rest aren't too bad.

A lot of backtracking for items near the end because there is no shortcut between some areas. That really dark area was a little annoying to go through.

I really loved the last area. It may be a bit bland but I like when it looks different than the original. It was cool. Wish the escape had a timer though.

Difficulty is very easy (with the exception of the Speedball challenges for Reserve Tanks.) not only thanks to your beam having an extremely-fast firing rate that makes you feel like you are Rambo.
If you finished Super Metroid you will be able to finish this game.

I fully recommend this hack, especially to new players.
By Kandier on Mar 04, 2021 (

)
86% in 9:33
Read More
In general is an average hack... but, it has some confusing & tedious places to go through, final part was weird and unsatisfactory, map doesn't show areas that you have explored previously after save & the worst bullshit: the speedball puzzles, they're annoying, I couldn't get any Reserve Tank & wasn't the only one
By badatmetroid on Jan 22, 2022 (

)
89% in 4:30
Read More
This hack is good, but definitely needs to be trimmed to be great. The mechanic changes also should be taken out. Since it's so large the backtracking is really annoying and I caved and loaded the hack in smile because I couldn't find the last key item.

There are just power bombs lying around. I ignored a map dot and didn't get the powerbombs near dragon. Had I done this I would have saved myself about 45 minutes of backtracking to get some very important items nearby.
By Sapphron on Feb 13, 2022 (

)
94% in 3:02
Read More
Weird hack with a lot of visual effects and changed palettes. Really large and empty rooms litter the areas and as the name suggests the physics are a bit floatier.
Finished.
Recommend, it's not too bad.

)
75% in 3:22
Read More
This hack feels very mysterious, like you're visiting a dead planet, even though there's enemies. The dark atmosphere creates this effect, and in some rooms visibility was a bit hard, but not too bad. The physics were fun, you could traverse some rooms without touching the ground since you fall down so slowly. item progression was very strange, especially in the area with all the major beams. I liked the plot twist at the end. Escape was pretty boring.
Overall a very decent hack, but all the long backtracking does bring down one orb for me.
By H A M on Jun 03, 2022 (

)
No completion stats.
Read More
Has Barf Kraid, but only 2 orbs for the map breaking when reloading from a save.
By Zincoshine on Aug 21, 2022 (

)
No completion stats.
Read More
It looks like 2013 was a very bad year for super metroid, seeing as this is considered the best hack released that year. The best hacks of the other years are better than this.
By KPF on Sep 22, 2022 (

)
85% in 0:00
Read More
A bit harder than most hacks because of finding where to go next.
Challenging enemies: especially as you get further in.
A few dead ends and one-way paths, but when acquire the BETTER items it get easier.